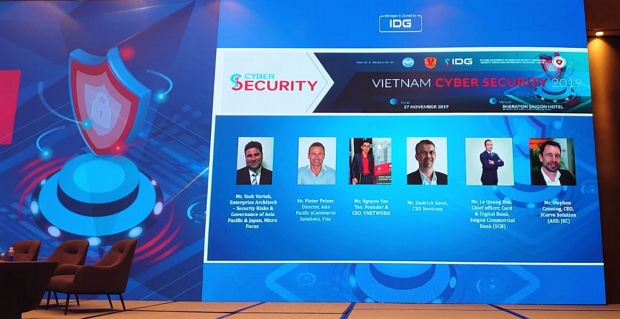 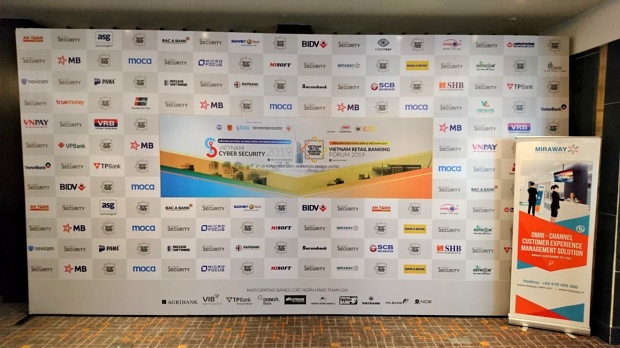 The conference was organized by the International Data Group in Vietnam (IDG Vietnam) in cooperation with the IT and Computer Security Monitoring Center (Government Cipher Committee) and the Information Security Department (Ministry of Information and Communications in Vietnam). 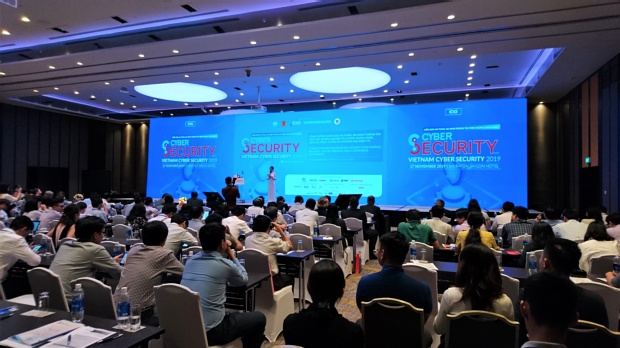 At the beginning of the event, Mr. Nguyen Trong Duong - Deputy Director of Information Security (ATTT), reported on overall IT security in Vietnam in 2019. He pointed out that in the first 6 months of 2019 alone, over 2,500 news sites and websites of the Vietnamese national domain name have been attacked; hundreds of thousands of computers infected with malware. According to the latest statistics of the Vietnam Computer Emergency Response Team (VNCERT), in the first 7 months of 2019, the Center has recorded 6,219 incidents of network attacks on Vietnam's websites, including: 2,155 phishing attacks; 3,824 cases of interface-changing attacks (Deface) and 240 incidents of infected websites (Malware); Compared to the same period last year, this year the total number of attacks increased by 104%, specifically each type of attack increased as follows: Phishing increased 141%, Deface increased 109%, Malware alone decreased 26.57%. Besides, there are nearly 100,000 Vietnamese websites that query or connect to the network of ghost computers (Botnet) every day, ranking the fourth among 10 countries with the highest number of computers connected to the Botnet. 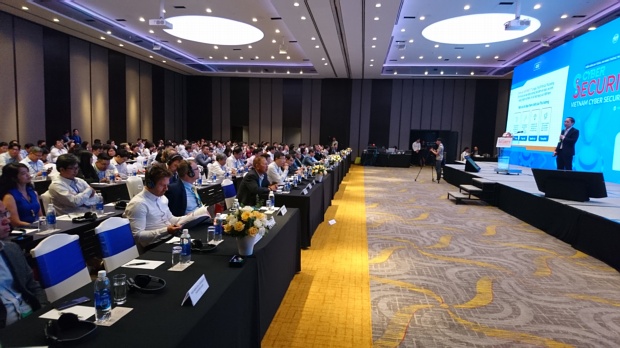 Novicom was one of the conference partners and exhibitors. Mr. Jindřich Šavel, Sales Director, presented Novicom´s key products and solutions during presentation "Integrated network management and security - a way to respond quickly to incidents". 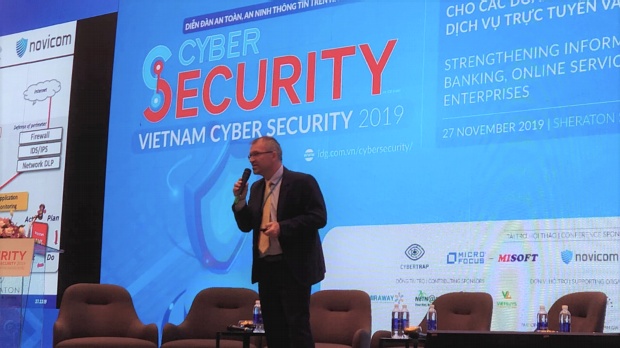 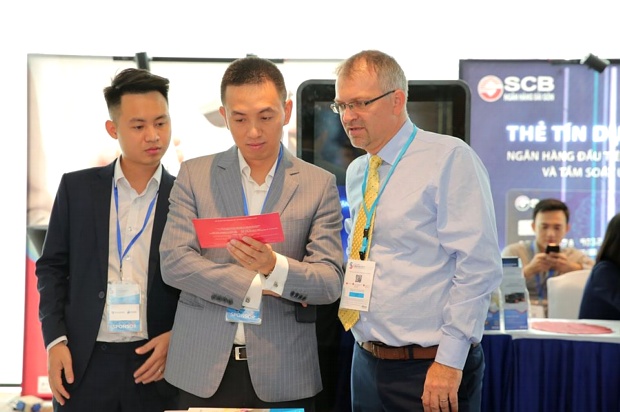 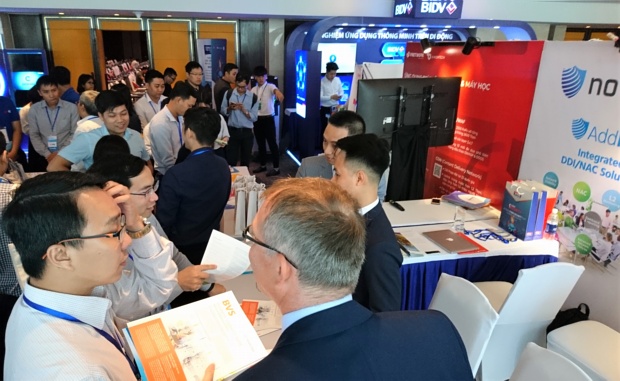 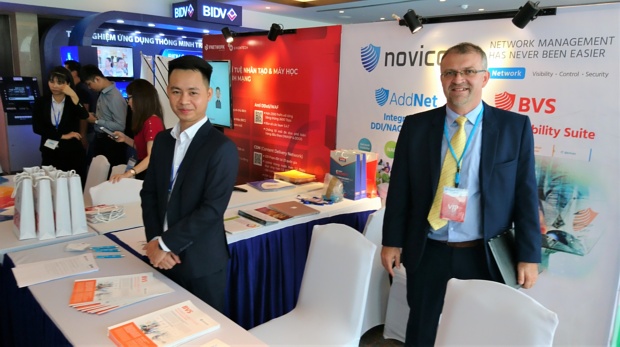 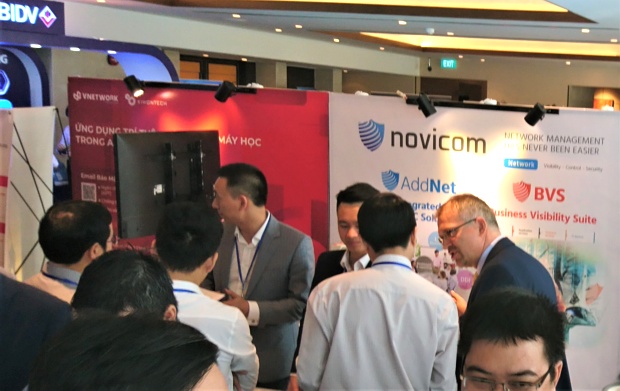 The main topic of the event was “STRENGTHENING SAFETY INFORMATION SECURITY FOR FINANCE, BANKING, ONLINE SERVICES AND E-COMMERCE FINANCIAL ENTERPRISES”, with a special focus on the banking sector. The day after, the popular Vietnam Retail Banking Forum 2019 followed up to the Cyber ​​Security conference.

At the end of the Cyber ​​Security conference, a panel discussion was held, chaired by several IT experts, including Jindřich Šavel, Sales Director of Novicom. 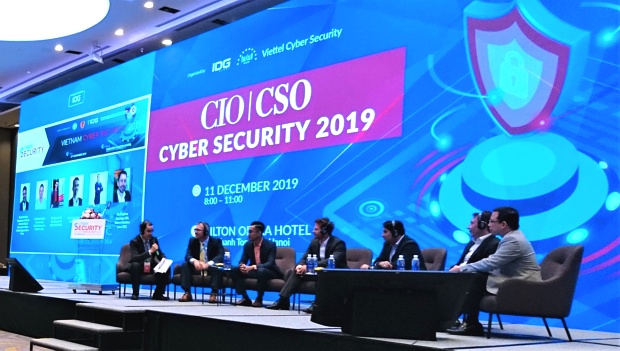 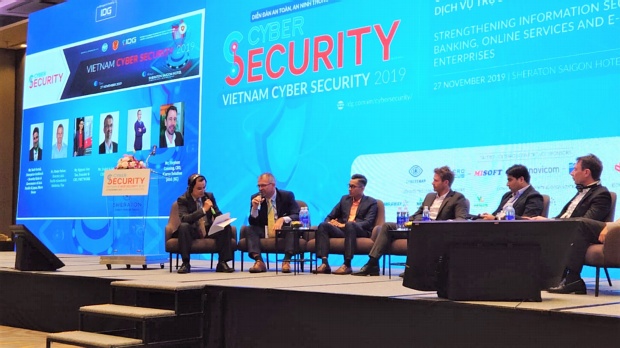 About event in media - www.nss.vn »

Novicom participated in the Vietnam Cyber ​​Security Conference & Expo 2019 as part of the project NOVICOM PARTNER CHANNEL DEVELOPMENT THROUGH INTERNATIONAL EXHIBITIONS 2017-2019, co-financed by the European Union. The main focus of the project is the participation of Novicom at foreign exhibitions where cyber security is the main topic. The goal is to introduce and to offer Novicom´s products, develop a partners channel through which will be Novicom as a manufaturer selling.